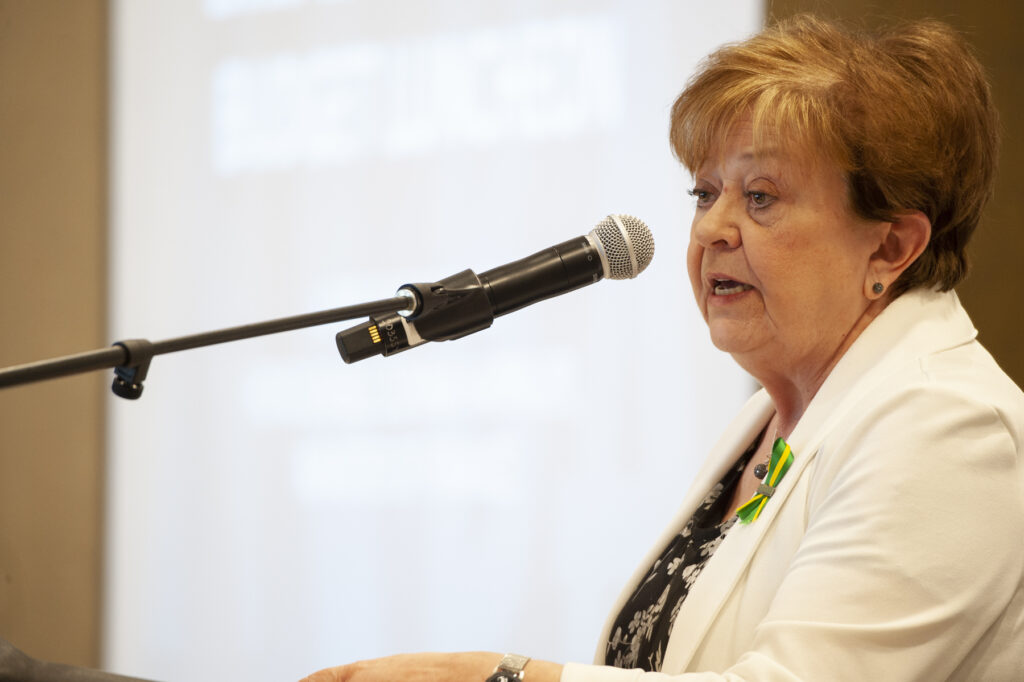 The NSBA recognizes difficulty of delivering a budget during COVID-19, applauds efforts to safeguard the economy.

Saskatoon, SK – With the 2020/21 Saskatchewan budget being unveiled against the backdrop of the COVID-19 pandemic, the NSBA recognizes that this unique event has caused a unique set of budget circumstances. While the government released a spending plan in March as social restrictions were implemented, it is understandable that unforeseen expenditures were required to combat the pandemic, safeguard against economic disaster, and help our communities recover. It is also understandable that the province’s expected revenues have taken a hit due to decreased economic activity, both locally and around the world.

It is against this backdrop that the NSBA offers comments on the 2020/21 budget. With Finance Minister Donna Harpauer’s comments that in normal circumstances the government was on track to table a balanced budget the NSBA is confident that the bones of our province’s finances remain strong and that continued resumption of normal economic activity will help to return that sense of normalcy sooner rather than later. The NSBA is also confident that the Saskatchewan government will be prudent in managing the debt accumulated during this crisis and ensuring that it does not become a millstone that our economy struggles to carry.

The NSBA applauds the government’s commitment to keeping the economy functioning during the COVID-19 pandemic. In addition to COVID-specific aid programs, the NSBA is particularly pleased with the provincial government’s commitment to and improvement on its capital spending program, which helps keep Saskatchewan companies busy and has and will prevent further layoffs and unemployment. The trickle-down effect of this commitment has helped municipalities maintain their capital programs as well.

“The NSBA appreciates that this budget has been shaped by the societal circumstances that surround it,” said Keith Moen, Executive Director of the NSBA. “We recognize that many decisions were made as circumstances demanded but appreciate that the province’s focus has been on supporting the economy by maintaining normalcy and predictability where possible. The NSBA also appreciates additional investments in infrastructure beyond the original spending estimates, which will help keep our local economy moving.”

Moving forward, the NSBA has two outstanding concerns that are not addressed in this budget: further support in the area of rent relief and a proportional “repayment plan” for the debt accumulated during COVID-19. Addressing the issue of businesses having trouble paying rent through COVID-19 is the missing piece of the economic support puzzle and the federal CECRA program is, to date, an imperfect solution that does not work for either landlords or tenants. And when the time is right for the province to turn its attention to paying down debt and re-balancing the province’s finances, the NSBA supports a “repayment plan” that is proportional to the benefits received and does not place the burden too heavily on one segment of society.

“We have routinely heard from business owners whose bottom lines have been impacted by COVID-19 that the current plans for rent support or relief, such as the CECRA, are insufficient,” said Moen. “We would welcome action from the provincial government, either through direct support or lobbying the federal government, that would help solve this issue.”

The NSBA is a member-driven and focused business association in Saskatoon that serves, promotes and protects business throughout Saskatoon and beyond. The NSBA has recently rebranded to be known simply by its acronym – NSBA – to reflect its current membership which has grown considerably beyond Saskatoon’s north end. The NSBA has developed its mandate and reputation by being a relevant, topical and effective organization that interacts with all levels of government and industry on a variety of issues for the betterment of our local economy.