NSBA says lanes are ‘a hot-button issue’ among business owners 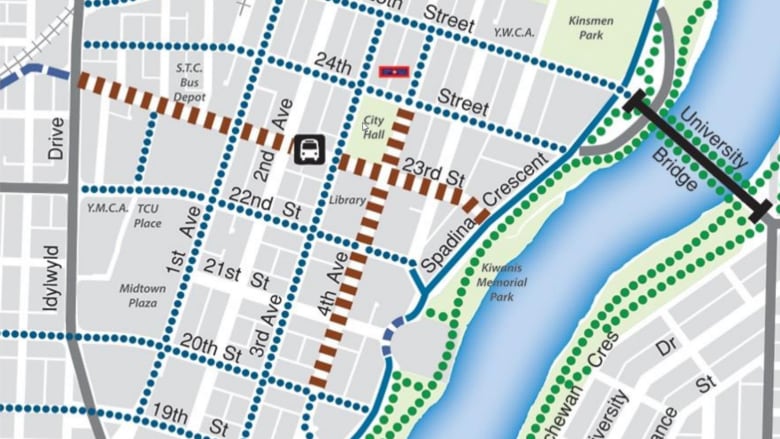 The North Saskatoon Business Association says it installed its own camera to track bike movements along the bike lane on Fourth Avenue, seen in brown on this map. (Guy Quenneville/CBC)

The North Saskatoon Business Association says it installed high-definition “video surveillance” cameras on Fourth Avenue to generate its own statistics on how many people used the street’s downtown bike lanes. 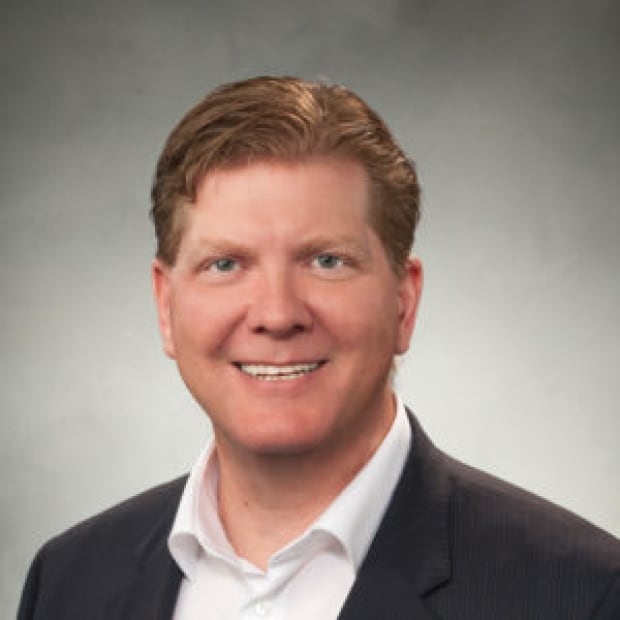 “It’s a hot-button issue among our members,” said Keith Moen, the NSBA’s executive director — second only to the small business tax changes proposed earlier this year by the federal government.

The cameras, donated and attached to a downtown building by a member of the association, recorded movements from 6 a.m. to 6 p.m. throughout the past summer.

The results — an average of 84 bikes a day — represent less than half of what the City of Saskatoon’s bike-sensitive own counters have recorded, according to a recent city report: as many as 310 cyclists a day on one block of Fourth Avenue. 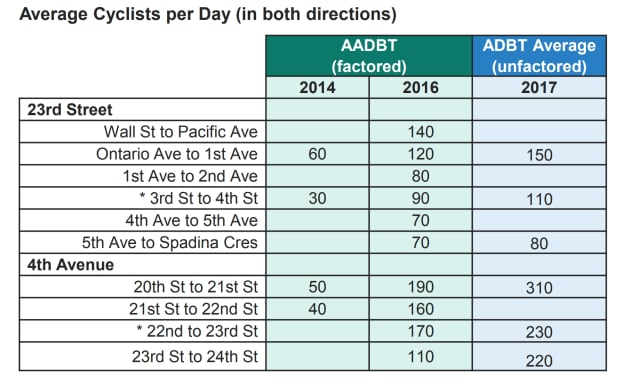 “We don’t necessarily want to go down the path of ‘Our numbers are better than theirs,'” said Moen.

“The point of it is, even if it’s the 200 to 250 bikes a day… it would not substantiate the amount of money that’s being spent on those lanes.”

The starkly divided figures come as city councillors prepare to decide the fate of the currently-temporary bike lanes along Fourth Avenue and 23rd Street.

The city would like the lanes to stay until staffers unveil their pitch for a permanent downtown cycling network some time in 2018.

Another option would be to turf the lanes. The city says the soonest that could happen is spring 2018, at a cost of $37,000.

While Moen says the NSBA is not “anti-bike lane” and the group is not advocating for their removal, the design of the lanes needs to be further tweaked to address business owners’ concerns about safety, Moen said.

He gives a specific example.

“In making a left-hand turn [in a car] … I was startled because as I was making my turn, all of a sudden, there was a cyclist that was hidden behind that parked vehicle. 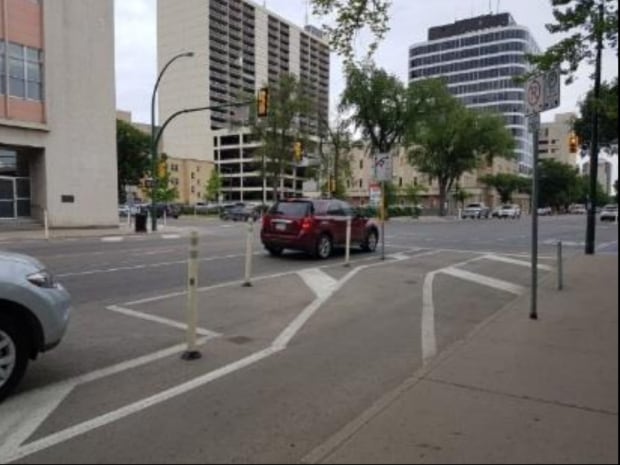 The city already made changes to address those concerns.

Last spring, a “bend-in” design for the lanes at intersections was launched. The move was meant to get cyclists in line with traffic lanes and provide better sightlines.

And there are some positive stats to report: on some stretches of both streets, the number of collisions between cyclists and drivers has gone down.

The city, acknowledging that reaction to the lanes has proved “mixed” so far, is now suggesting a suite of further changes estimated to cost $150,000 in total.

Those changes include the installation of wide decorative planters to replace the current white poles means to guide drivers and protect cyclists from cars. 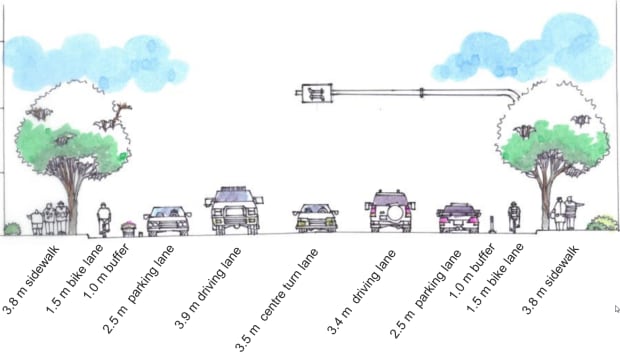 City councillors will talk about the city’s plans for the lanes Monday afternoon at city hall.